By Junious Smith Alexia Bryant, Ayden-Grifton, volleyball Bryant played a strong role in the Chargers winning their three playoff games last week on the way to a state championship appearance. The senior recorded 10 kills against Thomasville Ledford in the second round Oct. 29 before adding seven against McMichael two days later in the third

The #3 Seed lady Chargers (22-5) defeated #1 Wheatmore (27-2) 3-1 to advance to the schools first ever appearance in the Volleyball State Championship game. They will Face the Foard High School Lady Tigers 28-1 the #1 see from the western regional on Saturday in Fayetteville at the Capel Arena at 7:30 pm.  The admission

AYDEN, N.C. (WITN) – Ayden-Grifton senior volleyball standout Emily Dykes is our newest WITN Pepsi Player of the Week! After defeating Carrboro in a five-set thriller this past Saturday, the Ayden-Grifton volleyball team is heading back to the 2A state regionals. That fourth round win over the Jaguars is thanks in large part to Emily Dykes. 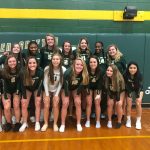 The #3 Seed (21-5) Lady Chargers will travel to #1 seed (27-2) Wheatmore High School to play for the NCHSAA 2A Eastern Regional Championship today at 6:30 pm. Admission is $8 at the gate. The Lady Chargers will be trying to avenge a loss to Wheatmore in last years 4th round when they won the 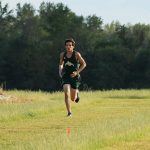 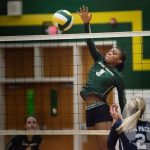 Chargers News · Nov 1 Volleyball advances to the 4th round!

The lady Chargers took down McMichael High School in the 3rd round of the NCHSAA playoffs in straight sets 25-15, 25-17 and 25-23. They advance to the 4th round and will travel to Carrboro High school on Saturday at 3 pm. Good Luck Lady Chargers!!! 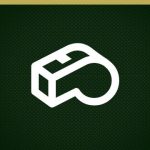 Due to already low numbers and some injuries we have cancelled the remaining 2 game of the JV season.  Players were allowed to move up to the Varsity or attend Winter Sports tryouts. 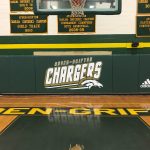